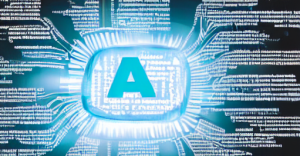 Before we share an early version of our glossary, we’ll have a look some existing glossaries to see what works well for us.

The first one you’ll probably find via a search engine is Wikipeda’s – Glossary of artificial intelligence.  It’s got a lot of entries, which means is not great as a primer for the main education focused AI terms,  and given it’s not aimed at any specific audience doesn’t give any context to the definitions, so probably not a great starting point if you are interested in AI in education.

Nesta take a different approach with their AI Glossary, which has a small number of terms, going into much more detail, and providing some example use case, which looks useful. The Turing Centre have a their Data Science and AI glossary which has a nice user interface, and a small range of general AI terms.  Both these are useful, but perhaps not broad enough to cover the terms we commonly use in AIEd.

The final two we’ll mention are a glossary provided by the UK’s information Commissoner’s office, which is focused more on terms that support their own AI guidance and a similar Glossary provided by the Council of Europe, with very well written definitions, but missing some concepts we’d like to include.  Both of these provide good examples of glossaries aimed at a specific audience, which might be a good model to follow.

AI Glossary for Education – A first draft for comment!

Here’s a first draft of a glossary aimed at AI in Ed Tech.  It’s not intended to be a definitive list at this point, but more as a starting point to get feedback on whether this approach looks useful. If you have any comments email ncai@jisc.ac.uk or leave comments on this blog post.

If not carefully designed, AI models can often contain bias, meaning they disadvantage a particular group. This can be because the data used to train the model also contained that bias, or that the training set wasn’t sufficiently broad, or the model not well tested. So for example, a model based on historic learner data might predict that students from a particular ethnic or social group are more likely fail, based purely on bias within the historic data.

Jisc’s Pathways to Ethical AI gives tools to help consider the impact of this and other issues on your AI project.

A class of educational technology system, which aims to personalise a learners’ pathway through a subject by assessing their learning as they go.  Jisc’s AI report has a more detailed explanation of how these systems work, along with a case study of a system by Century.

A service that allows a user to chat to a computer using free text, as if it was a human.  The AI element uses Natural Language Processing to understand what the user is asking and provide an appropriate response. You can find examples of chatbots in UK higher and further education on our AI Map and information on how they work in Jisc’s AI Report

Techniques to obtain useful information from digital images or videos. This can include object detection, face detection, facial recognition and using AI to read text.

Most people would agree that it is highly desirable to be able to understand why an algorithm makes a particular decision, but this is not straightforward with many machine learning algorithms. Explainability refers to our ability to understand exactly how the algorithm or model reached its conclusion. This varies between the type of algorithm used, with some common approaches such as neural networks having low explainabilty.  This can cause problems in educational settings, for example if we are predicting student outcomes, it can be difficult to action if we don’t understand why a prediction is made.  See also interpretability.

These are part of the field of computer vision, with face detection looking to recognize whether there is a face in a picture, and perhaps predicting attributes such as age and emotion, whereas facial recognition aims to identify a named individual.  Both use cases present complex legal and ethical issues. You can try explore facial detection technology on ExploreAI

Jisc’s Pathways to Ethical AI gives tools to help consider the impact of this and other issues on your AI project.

This is a fairly recent development in AI, and refers to model trained on a very large amount of data that can be applied to a broad range of tasks.  See GPT-3 for an example that has gained a lot of publicity. These models have potential to have a huge impact on education, as they can be applied to fields such as writing answers to essays questions or solving graduate level maths problems.

A broad term that applies to any sort of AI model that can create/generate content such as images, text or code.  These are probably based on Foundational Models such as GPT-3.

Most people would agree that its highly desirable to be able to understand why an algorithm makes a particular decision, but this is not straightforward with many machine learning algorithms. Interpretability means that although we might not understand exactly how the model works (see Explainability) we might be able to understand cause and effect – e.g. why certain input values result in particular outputs. There are pros and cons of interpretable models in education. For example, a highly interpretable model marking student work might make it easy to ‘game the system’.

Machine learning is one of the main techniques used to perform tasks intelligently. Originally it had a fairly broad definition around computers learning without human intervention, although now it tends to refer to a fairly specific set of statistical techniques which aim to spot patterns in data and then perform actions based on these patterns.

A field of artificial intelligence focused on text. The algorithms look for patterns in how sentences and paragraphs are constructed, and how the words, context and structure work together to create meaning. Applications include chatbots, transcription services, sentiment analysis and possibly applications around automated marking and feedback systems.  You can explore a range of text analysis systems on Jisc’s ExploreAI.

The are many different algorithms can be used with Machine Learning.  Neural networks is one such algorithm, inspired by the way the human brain works.  Not all machine learning will be based on neural networks though – data scientist will select the best one for any given tasks, based on performance, speed, and the need for explainabilty.

One of the main techniques used in machine learning, where a model is trained based on feedback, perhaps by trial and error as it tries to reach a goal. At the moment, we see less use of reinforcement learning in education compared to systems that use supervised and unsupervised learning.

One of the main techniques used in machine learning, where the AI is trained on data which has been labelled by a human.  The model can then be used on a new data set and used to classify the data. So for example, a learning analytic system may have historic data labelled on whether a student completes a course or not, and then can then per used to predict whether a current student is likely to complete the course.

One of the main techniques in machine learning, where the algorithm learns patterns in data. Unlike supervised machine learning, this data is not labelled, so typically the model will be able to group similar clusters together, but this cluster won’t have a label.  In a recommendation system, an unsupervised model might group similar learners together, and make a recommendation to the group based on something that has known to be useful to one or more members of the cluster.

Find out more by visiting our National centre for AI page to view publications and resources, join us for events and discover what AI has to offer through our range of interactive online demos.

Get in touch with team directly at NCAI@jisc.ac.uk

6 replies on “A glossary of AI terms for education”

There are many more AI terms not covered in your glossary! In particular you should add synonyms or similar terms for concepts you have included. For example, you could add “Natural Language Processing” is also known as “Computational Linguistics” or “Text Analytics”

Thanks, that’s useful feedback. I agree, we’ll definitely need to add more terms to make it useful as a resource. The point about making sure we includes synonyms is very helpful – we’ll make sure we do that.

A great start, but several of the entries fail the simplest test for a glossary. Is the term defined? I don’t think you have defined what deep learning is. Showing cross-references in italic is good, but a hyperlink would be much better. Who is your audience?

Thanks – good point on the definitions, we’ll make sure we review the them, and also make the cross references a hyperlink. The audience is staff in Universities and Colleges who want to understand how AI can support and enhance education, rather than AI specialists.

Specific suggestions on the text:
Algorithmic Bias: is “on the model well tested” a typo? I can’t make sense of the “on”
Artificial Intelligence: personally I’d note that this is frequently used as marketing term, irrespective of any feature of the product/service…
Face X: there’s a third possibility, which I’ve sometimes seen referred to as “Face Verification”, which answers “is this the person it claims to be (Y/N)?”. Widely used at passport control, and with many fewer ethical issues than Face Recognition.

Thanks! Yes, that was a typo – i’ve just fixed it to say it was referring to the model not being well tested.

Good points on the other two – we’ll include them in the next iteration.