There have recently been huge advances in the ability of AI to generate content. This includes the creation of text, images and computer code, through technologies such as GPT-3, DALLE-2 and Stable Diffusion.

This has resulted in a new and growing field of tools that have the potential to disrupt assessment processes – both in positive and negative ways.  What does it mean if AI tools can write (or substantially write) essays, solve maths problems or automatically code programming tasks?  Do we see these as tools enabling students to ‘cheat’, or can we harness them to improve the effectiveness of assessment?

In this blog we’ll briefly explore one of these tools – GPT3; and show a practical example of the kind of content it can create.

GPT-3 is considered to be a foundational model. These are large scale AI models, built on vast quantities of data. The aim is to provide AI models that perform a range of tasks.  You can read more about these in this blog post from IBM.

The underlying AI technique used is the transformer – GPT-3 stands for Generative Pre-trained Transformer.  This blog post from Nvidia gives a good introduction to transformers.  Nvidia are a leading provider of processors that power a lot of AI models.

There is a lot to discuss on these, including topics such as environmental impact, ethics, and where the data actually came from to train the models and what that means.  We’ll look at these important issues in future blog posts, but here we’ll start by looking at some examples showing what the technology can do. 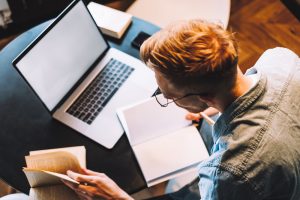 What can GPT3 do and why does it matter for education?

GPT3 can perform a wide range of tasks with text – you can explore some of the examples on the OpenAI website.  The area that we want to focus on here is the ability to write text based on prompts.  Let’s look at an example.  We gave GPT-3 the prompt:

‘Jisc tells us about the future of AI in education’

This is what GPT3 came up with:

“Jisc is a company that specializes in providing information technology services to the education sector. They have been working on a project called “AI for Education: The Future of Learning.” The project is designed to explore the potential of artificial intelligence (AI) in education and to develop strategies for its implementation.

So what does this mean for education? The first thing that often comes up is the idea that students might start using AI services to write their essays – a kind of AI powered essay mill.  But how feasible is that at the moment? It probably partly depends on the level, but we’ve worked through an example to show you the kind of thing that’s possible.  We picked the topic of Nicola Tesla, with the question:

“Write an essay about Nikola Tesla and his contributions to technology”.

The work on this was done by my colleague, Rebecca Flook.

You can see the results of this at end of this blog post – the result is quite impressive! It doesn’t include things like references, but with a little more work, we think including these would be perfectly feasible.  The other interesting thing is because it’s an AI model, the results from the same question are usually not identical.  So a group of students could use the same tool and produce a set of unique essays.

Obviously, this kind of technology raises questions around assessment, but it’s also interesting to delve into this a bit more and see how this sort of technology could help students.  In this example, we didn’t actually ask GPT-3 a single question – it’s not great at writing longer form essays from a single prompt. Instead, it was a two step process.  First, we asked GPT-3 to create an outline:

“Create an outline for an essay about Nikola Tesla and his contributions to technology”:

1. Introduce Nikola Tesla and his work in the field of electricity and magnetism.

3. Describe Tesla’s development of the Tesla coil and its impact on wireless technology.

4. Discuss Tesla’s experiments with X-rays and their implications for the future of medical technology.

5. Conclude with a discussion of Tesla’s legacy and his impact on the development of modern technology.

So you can see here, maybe instead we’ve got a tool that is helping students?

We then used this outline to write the essay with a sequence of further prompts:

So the process doesn’t have to be completely passive, and maybe this is the future of writing, and we need to adapt education to make use of this?

One of the best ways to understand this technology is to try it yourself. We are working on a tool to allow you try this – we’ll provide more information this shortly. We’ll also explore this area in more depth in a webinar scheduled for December 13th, Jisc members can register for the session here.

Nikola Tesla and his contributions to technology

Nikola Tesla was a Serbian inventor, electrical engineer, and futurist who is best known for his contributions to the design of the modern alternating current (AC) electricity supply system. He is also known for his development of the Tesla coil and his work on wireless communication and power transmission. His work in the late 19th and early 20th centuries was based on the theory of electricity and magnetism, and helped to pave the way for the widespread use of electricity today.

Tesla’s contributions to the development of alternating current (AC) electricity.

Tesla’s AC system was designed to be more efficient and easier to transmit over long distances than the direct current (DC) system that was then in use. His system used a rotating magnetic field to produce alternating current, which could be easily converted to different voltages using a transformer. This made it possible to transmit AC power over long distances using high-voltage transmission lines. Tesla’s work on AC power was instrumental in the development of the modern electricity grid. His system was adopted by utilities around the world, and is still in use today. AC power has become the standard for electricity generation, transmission, and distribution.

Tesla’s development of the Tesla coil and its impact on wireless technology.

The Tesla coil is a type of electrical transformer invented by Nikola Tesla in 1891. It is used to produce high-voltage, high-frequency alternating current (AC). The Tesla coil consists of two parts: a primary coil and a secondary coil. The primary coil is wound around a central core, and the secondary coil is wound around the primary coil. When an AC current is applied to the primary coil, it produces a magnetic field that inductively couples to the secondary coil and produces an AC current in it. The Tesla coil is used in a variety of applications, including wireless transmission of power, radio and television broadcasting, and medical diagnosis and treatment. It has also been used in novel ways, such as in the creation of artificial lightning and in the operation of some early x-ray machines. The Tesla coil has had a profound impact on the development of wireless technology. It was used in the first radio transmitters and receivers, and played a key role in the development of radar and microwave technology. The Tesla coil is still used in some modern radio and television transmitters.

Tesla’s experiments with X-rays and their implications for the future of medical technology.

Tesla’s legacy and his impact on the development of modern technology.

Nikola Tesla was a Serbian inventor, electrical engineer, and futurist who made important contributions to the development of electricity and magnetism. His work helped pave the way for the widespread use of electricity, and his inventions have had a profound impact on the development of modern technology. The Tesla coil, which he invented in 1891, is still used in a variety of applications, including wireless transmission of power, radio and television broadcasting, and medical diagnosis and treatment. Tesla’s work with X-rays was instrumental in the development of modern medical imaging. His experiments showed that X-rays could be used to create images of the human body, and led to the development of X-ray imaging. X-rays are now an essential tool in medicine, and are used to diagnose a wide variety of medical conditions. Tesla’s legacy continues to influence the development of new technologies, and his impact on the world is still felt today.

Find out more by visiting our National centre for AI page to view publications and resources, join us for events and discover what AI has to offer through our range of interactive online demos.

Get in touch with team directly at NCAI@jisc.ac.uk